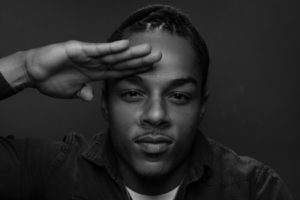 Trinidad-born, New York-based emcee MESSIAH has a message: words possess power. His own power was uncovered at the tender age of four, when he was encouraged to write and perform poetry by a second mother who once joined Bob Marley’s musicians and Olu Dara onstage.

From a household full of music and spirituality, to struggles with the U.S. immigration and justice systems, Messiah’s early journey culminated with recognition as Youth of the Year by the Boys and Girls Club of Greater Washington and Maryland. This caught the attention of media mogul Oprah Winfrey, whose $25,000 scholarship award enabled Messiah to attend prestigious Howard University where he followed in the footsteps of alumni Paul Laurence Dunbar, Stokely Carmichael and Toni Robinson to wield the power of the socially conscious pen.

Having sharpened his artistic sword, Messiah journeyed to the brighter lights of New York City where he became a three-time champion of the notoriously tough nationally-televised Apollo Theater showcase. His poem “Shareka Was A Champ” brought the Apollo crowd to their feet while illuminating the HIV crisis. The messenger was born.