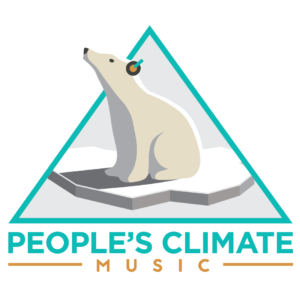 Climate change is the most significant global issue of our time. The adverse impacts of climate change can be seen in unsafe water supplies, disproportionate pollution in vulnerable communities, and extreme weather like hurricanes, heat waves, and drought. It is only going to get worse unless we work together to protect our planet. Over the past decade, Hip Hop Caucus, a national nonprofit and nonpartisan organization responsible for mobilizing hundreds of thousands of young people to the polls since 2004, has built support for the climate movement among cultural influencers. This work led to the launch of People’s Climate Music (PCM) in the fall of 2014, with the goal of expanding the base and scope of the climate movement, reaching deeper into popular consciousness of diverse constituencies, and inspiring action. The launch of PCM was accompanied by the release of the first ever climate change inspired album, HOME (Heal Our Mother Earth). The HOME album features artists such as Common, NE-YO, Elle Varner, and numerous other award-winning artists. In 2014, PCM focused on climate action; in 2015, PCM focused on the water crisis in Flint; in 2016, PCM focused on the fight against the Dakota Access Pipeline; and in 2017, PCM is fighting for our most vulnerable communities that are being impacted by climate change now. Check out PeoplesClimateMusic.com for more information. 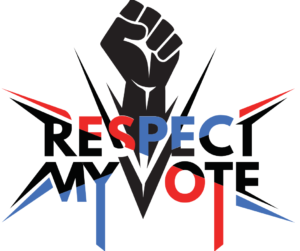 Respect My Vote! was first launched in 2008 and has since engaged millions of people during election cycles throughout the United States. Through partnerships with nonprofits, businesses, media and entertainment companies, and celebrity spokespeople, the campaign focuses on voter registration, voter education, get-out-the-vote, and voter rights. Spokespeople have included Vic Mensa, T.I., Charlamagne tha God, Keke Palmer, 2 Chainz, Amber Rose, Future, and hundreds of other artists and community leaders. Respect My Vote! is a non-partisan, voter registration, education, and mobilization campaign of the Hip Hop Caucus. Check out RespectMyVote.com for more information.