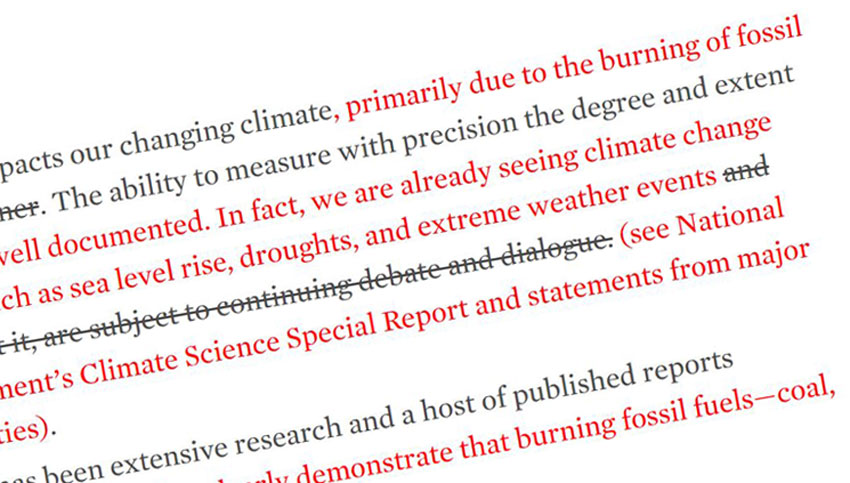 This post was originally posted on the Union of Concerned Scientists blog on March 29, 2018 by Astrid Caldas, Climate Scientist. 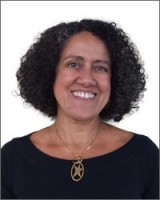 Astrid Caldas is a climate scientist with the Climate & Energy program at the Union of Concerned Scientists.

On Tuesday, the Environmental Protection Agency (EPA) sent a memo to some of its employees with “talking points” regarding climate change science and adaptation. The talking points make some plainly inaccurate claims about climate science and fail to offer employees any guidance about how to talk to communities about climate change adaptation and mitigation. In fact, it does not mention mitigation at all.

In the interest of scientific clarity, I figured I’d make some edits to make the guidance more useful for the states, cities, and tribes that the EPA is supposed to serve. (Original talking points are in black, edits in red.)

The red-lined version below should be helpful in developing not only adaptation, but also mitigation strategies and policies to address the challenges faced when dealing with climate change impacts.

As communities across the country are facing climate impacts every day—from rising seas to more frequent and extensive wildfires to more extreme weather events—it’s important that those communities know we won’t let them down. During the recent meeting of our cross-EPA Work Group on Climate Adaptation, several individuals suggested it would be helpful to develop consistent messages about EPA’s climate adaptation efforts that could be used across all Program and Regional Offices. I’m pleased to report that the Office of Public Affairs (OPA) has developed a set of talking points about climate change that include several related to climate adaptation. These talking points were distributed by Nancy Grantham (OPA) to the Communications Directors and the Regional Public Affairs Directors.

The following are talking points distributed by OPA.  They all relate  to our adaptation and mitigation work. As the states and communities we serve are most interested in what we do know about climate change and its impacts, we should use the best available science and not overemphasize uncertainty, as we will always have more to learn.

Please note that these talking points are guidance only; as an EPA subject matter expert, your responsibility is to communicate truthfully and accurately. The EPA Scientific Integrity Policy states that when “dealing with science, it is the responsibility of every EPA employee to conduct, utilize, and communicate science with honesty, integrity, and transparency, both within and outside the Agency.” The policy also states that employees can “freely exercise their right to express their personal views provided they specify that they are…speaking…in a private capacity.”

Thanks, and best regards to all of you.