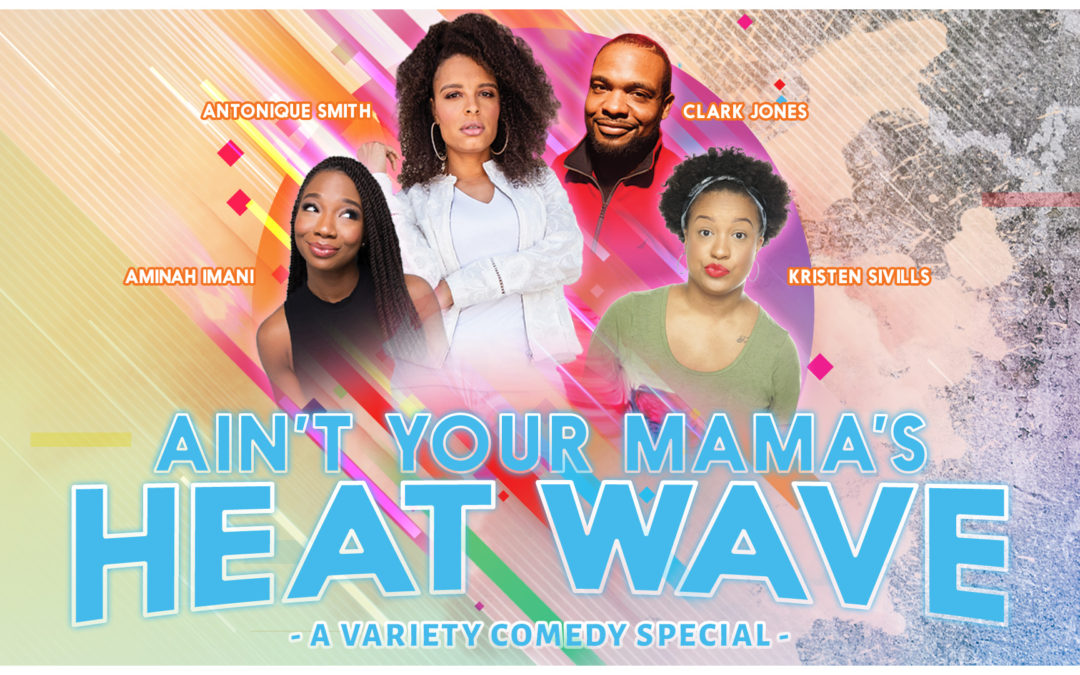 Click HERE for Free RSVP (open to public, all ages)

“AIN’T YOUR MAMA’S HEAT WAVE!” is a variety comedy show that will have you laughing, singing, and empowered to solve the climate crisis.

Performers and comics are coming from across the country —  including Los Angeles, New York, Chicago, and Atlanta — for this special night at the historic Attucks Theatre in Norfolk, Virginia.

The first of its kind commentary on the climate crisis, the 2020 elections, intersectionality, and power building, that is young and entertaining. The variety style show will include such elements as stand-up comedy, interviews, digital shorts, music and dance performances, and a DJ. The live show in Norfolk is being filmed as part of a movie production to be released with a streaming partner in 2020.

Check out who we are bringing to Norfolk

Antonique Smith – Grammy-Nominated Singer, as seen in Marvel’s Luke Cage on Netflix, and as Faith Evans in the film Notorious, co-host of Hip Hop Caucus’ Think 100% – “The Coolest Show on Climate Change”

RSVP at NorfolkWave.Eventbrite.com and help spread the word by sending the link and flyer below to your friends, family, and network. This event is free and requires an RSVP due to limited capacity. Also be sure to dress to impress for on-camera and the red-carpet!

Follow @Think100Show and @HipHopCaucus on social media, where we’ll be sharing content leading up, during, and after the show (IG / TW / FB).

Also be sure to subscribe to “Think 100%, the Coolest Show on Climate Change” for everything you need to know about climate and environmental justice. We have 45+ episodes for you to binge listen on any of your favorite podcast platforms!