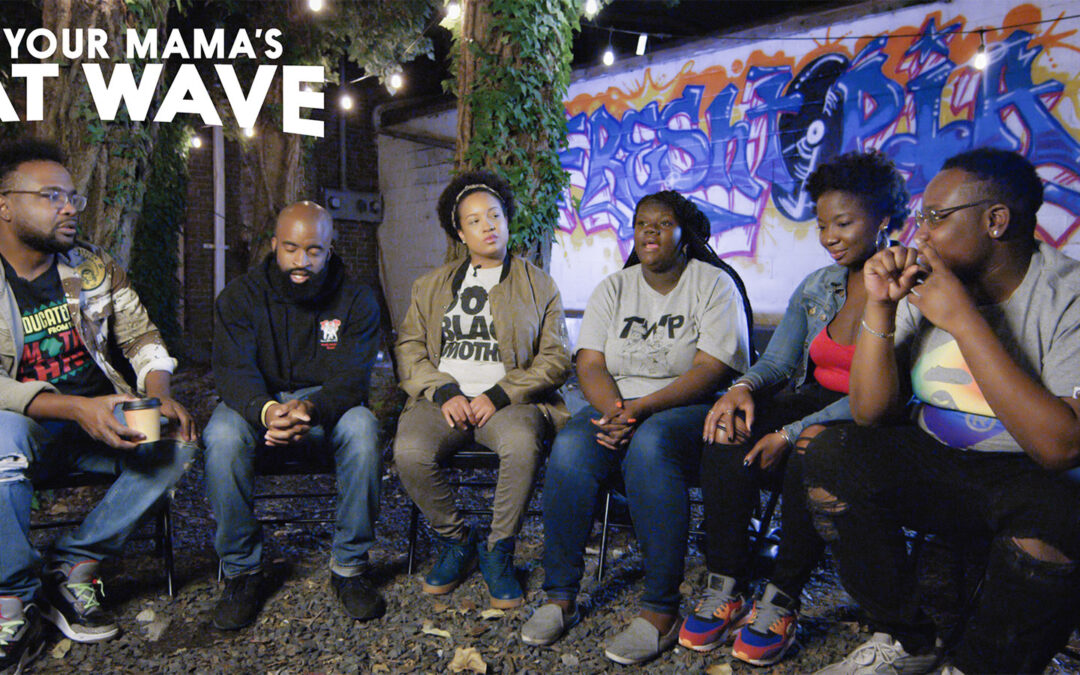 A comedy special and documentary show relevance of climate crisis for communities of color, inspiring media makers and creatives of color to tell more climate stories

PARK CITY, UTAH – Hip Hop Caucus Think 100% FILMS is providing the first look of its innovative and powerful climate-comedy film Ain’t Your Mama’s Heat Wave at the 2020 Sundance Film Festival. The preview is taking place during an event Hip Hop Caucus is co-hosting at the MACRO Lodge, a hub for creatives of color at the festival. The film and event seek to connect the climate crisis to young and diverse audiences by increasing the number of culturally relevant climate stories being told and created by people of color.

Ain’t Your Mama’s Heat Wave is a gripping right now story of communities that are grappling with the climate crisis and the present day consequences of historic injustices and inequality. The film is centered on four young black stand up comedians, hailing from Norfolk, Atlanta, Chicago, and Ohio, and tells the story of their journey to the Hampton Roads region of Virginia to “make the climate crisis funny”. Things are not so funny when it’s clear the threats are so real and can mean life or death. But, in the African American tradition of struggle, resilience, and triumph in the face of existential threat, the joy of comedy, music, art, and dance informs and empowers. Full of relatable stories, grit, and beauty, the film shows that the climate crisis is much more than a crisis; it’s an opportunity for us to right wrongs and make life on this planet better for everyone.

“At a time when the stakes couldn’t be higher for our communities and planet, we are turning to storytellers to inspire people to act,” said Rev. Lennox Yearwood Jr., President & CEO of Hip Hop Caucus. “We need as many creatives and media makers in the climate movement as there are scientists, policy experts, and organizers. And this is especially important for people of color who are disproportionately impacted by the climate crisis and are too often left out of the narrative on climate. Our powerful stories need to be told and the talent of creatives of color needs to be supported if we are going to solve the climate crisis. We thank MACRO Studios for hosting Ain’t Your Mama’s Heat Wave and Hip Hop Caucus at Sundance.”

The extended preview of the film is being shown at MACROLodge as part of “The New Climate Narrative: A forum for creatives who are solving the climate crisis”, an event co-hosted by Hip Hop Caucus, The Solutions Project, The Climate Mobilization, and NAACP. The event includes an intimate conversation about the solutions for the climate crisis from those disproportionately on the frontlines – communities of color and indigenous communities — with a lineup of speakers and panelists that includes Rev. Lennox Yearwood Jr. (Hip Hop Caucus), Jacqueline Patterson (Climate and Environmental Director, NAACP), Favianna Rodriguez (Culture Strike), Thomas Lopez (The International Indigenous Youth Council and Future Coalition), Margaret Klein Salamon (The Climate Mobilization), and Kat Steyer (Business and Philanthropic Leader).

If you are a member of the media and would like a first look at the Ain’t Your Mama’s Heat Wave trailer, sign up here.