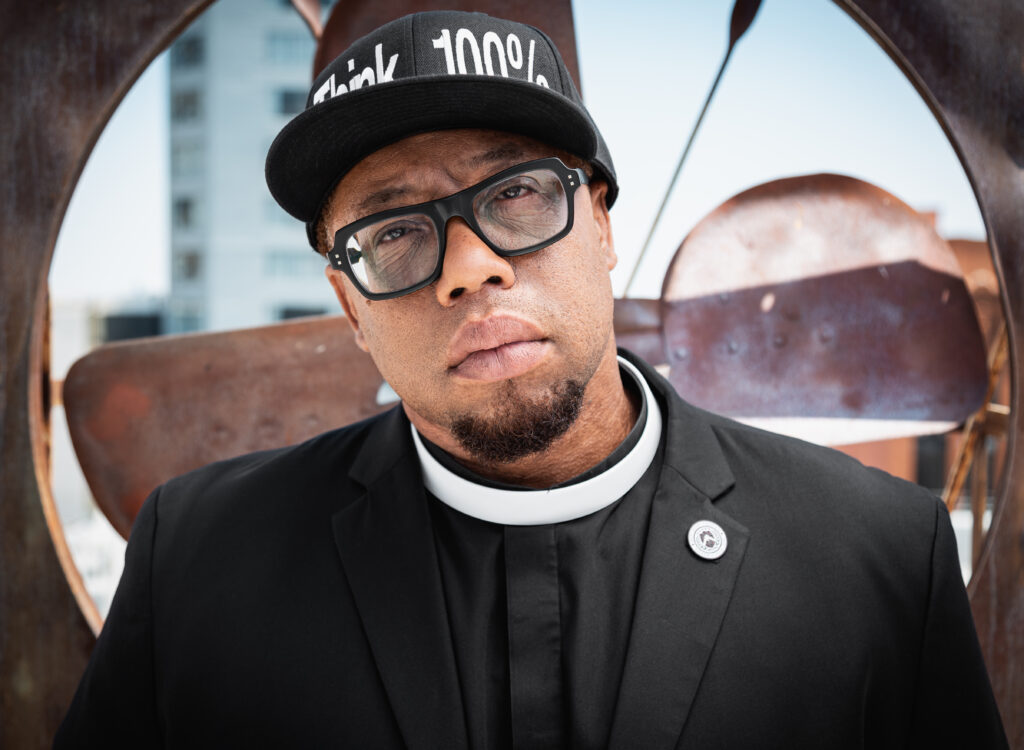 Rev. Lennox Yearwood Jr. is the President & CEO of Hip Hop Caucus, a minister, community activist, U.S. Air Force veteran, and one of the most influential people in Hip Hop political life.  He entered the world of Hip Hop Politics as the Political and Grassroots Director for the Hip Hop Summit Action Network in 2003 and 2004, and as a key architect of P. Diddy’s “Vote Or Die!” campaign in 2004. After Hurricane Katrina in 2005, he established the award winning Gulf Coast Renewal Campaign where he led a coalition of national and grassroots organizations to advocate for the rights of Katrina survivors. In 2008, he led Hip Hop Caucus’ launch of Respect My Vote!, a campaign and coalition that works with Hip Hop artists to engage young people in the electoral process. As a national leader and pacemaker within the Green Movement, he works to bridge the gap between communities of color and environmental advocacy. He is a leader in campaigns calling for divestment from fossil fuels causing climate change, increasing diversity in the climate movement, ensuring everyone has clean water and air, and international efforts to address climate change. In 2018, he helped launch Think 100%, Hip Hop Caucus’ award-winning climate communications and activism platform. 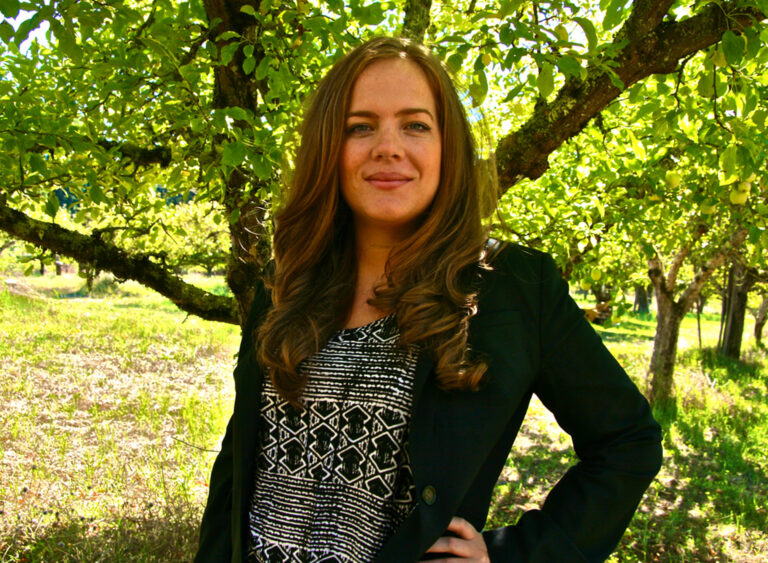 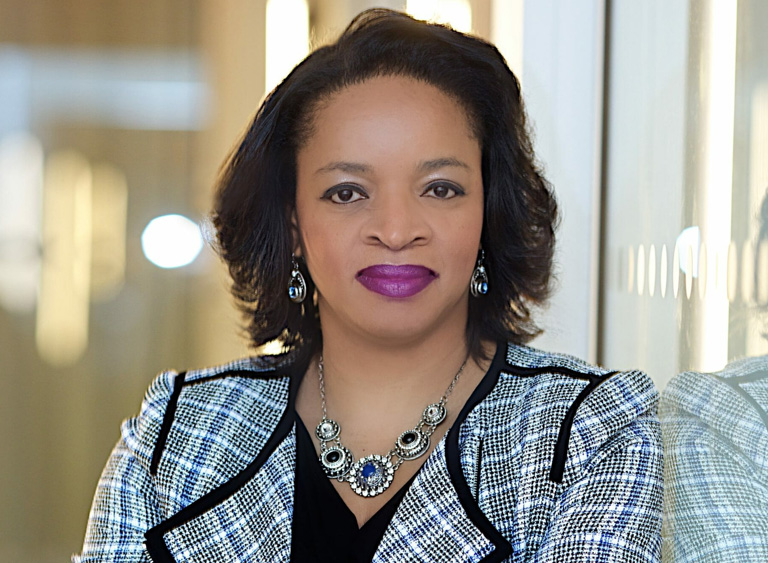 Tanya Clay House is the Executive Vice President for Campaigns and Advocacy at the Hip Hop Caucus and the Hip Hop Caucus Action Fund. She most recently was the Senior Program Officer for Voting Rights at the State Infrastructure Fund. 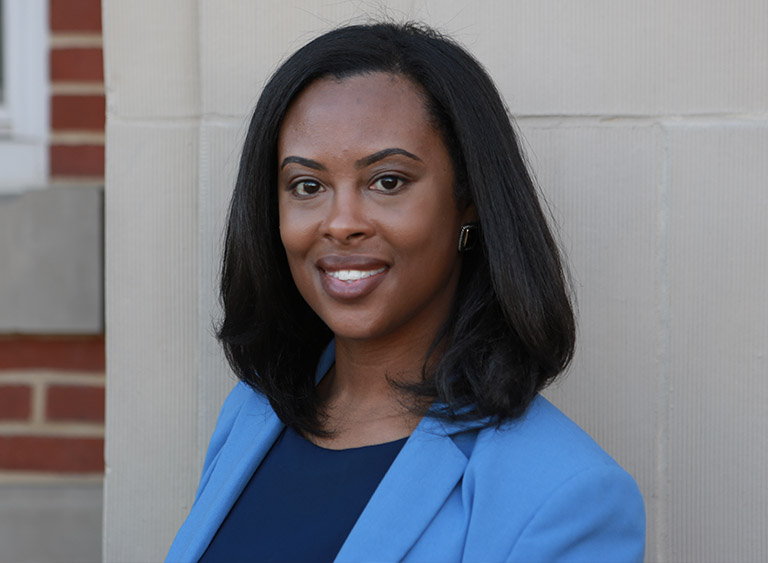 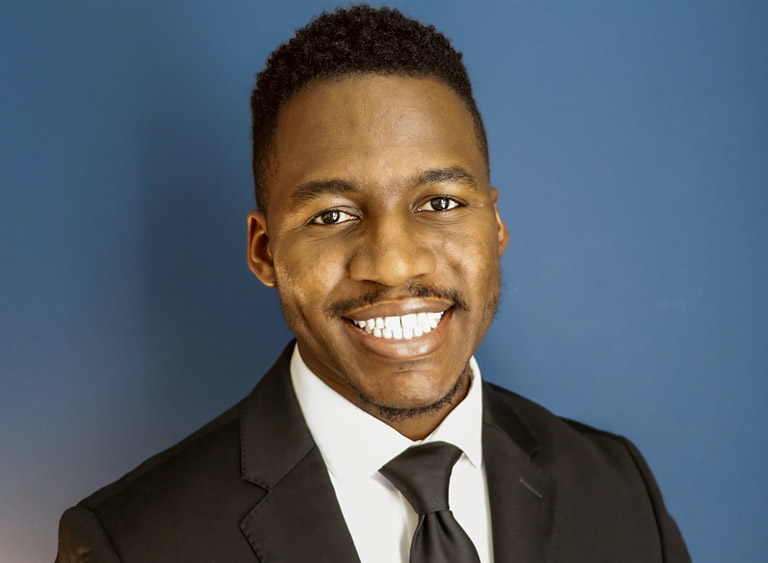 JaRel Clay is the Digital Director of Hip Hop Caucus, overseeing its digital organizing and online strategy. He is an activist, entrepreneur, and expert in digital engagement and brand development. 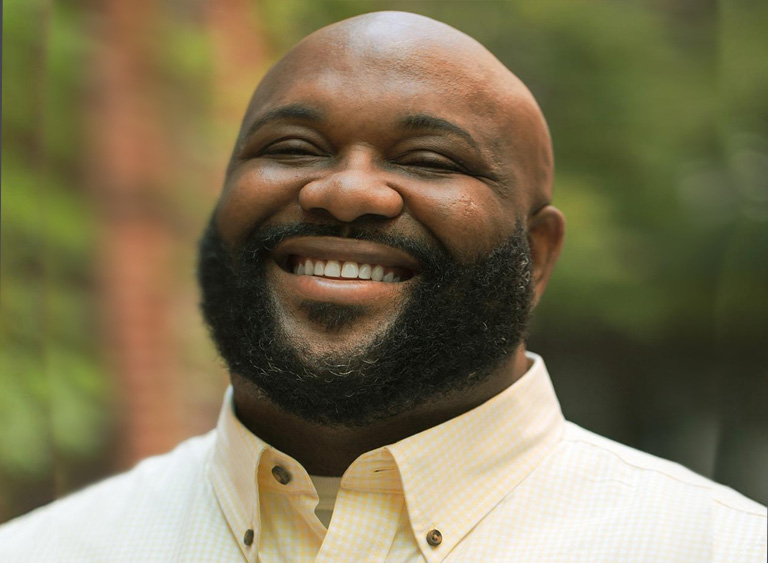 Stephone Coward is the Economic Justice Director at the Hip Hop Caucus. He has worked in the banking industry for the last two decades, and has spent that time as an economic empowerment advocate for underserved communities. 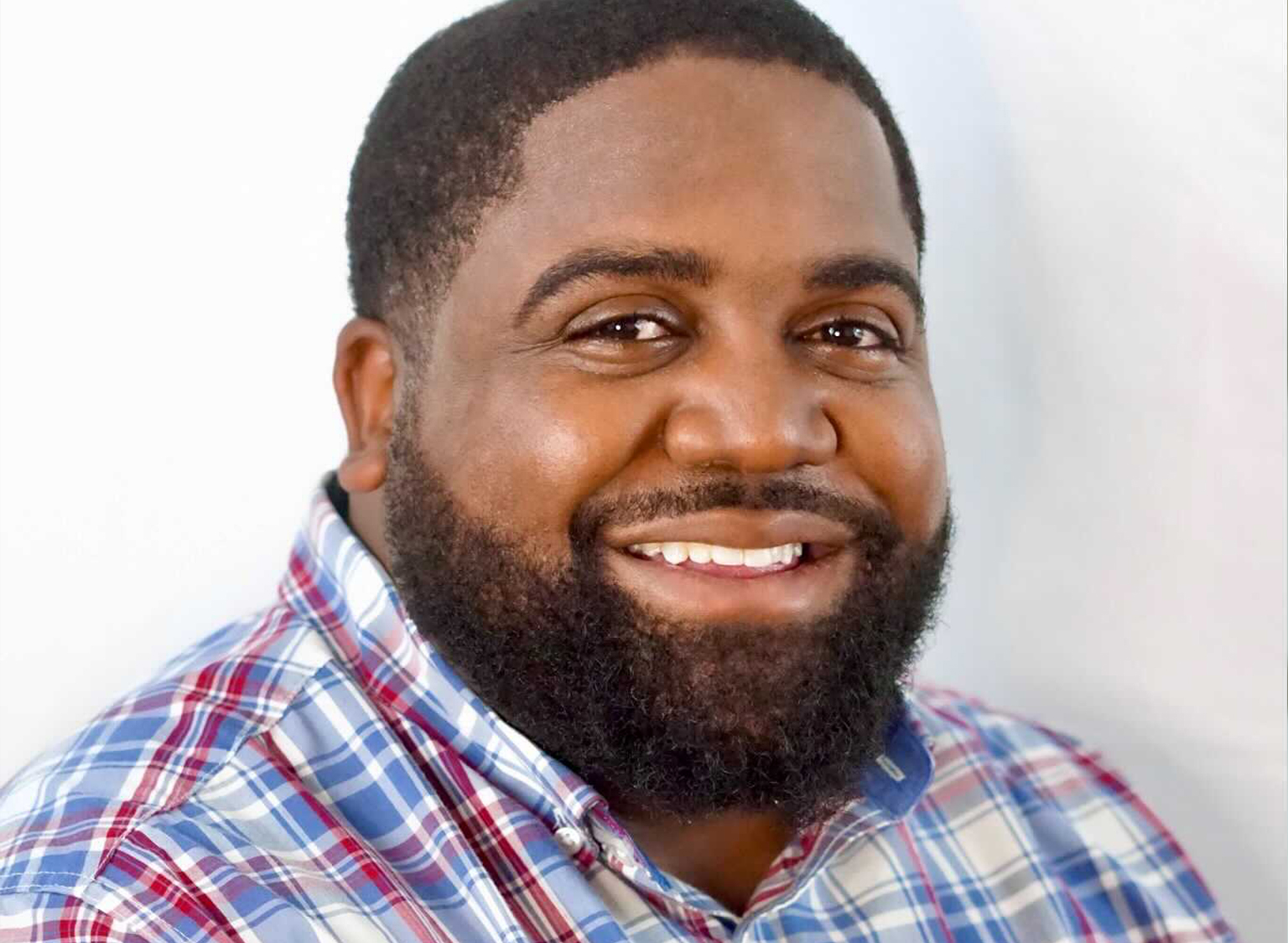 Lamar Gibson is the Development Director of Hip Hop Caucus, a community organizer, and a coach for fundraising professionals and nonprofit organizations. 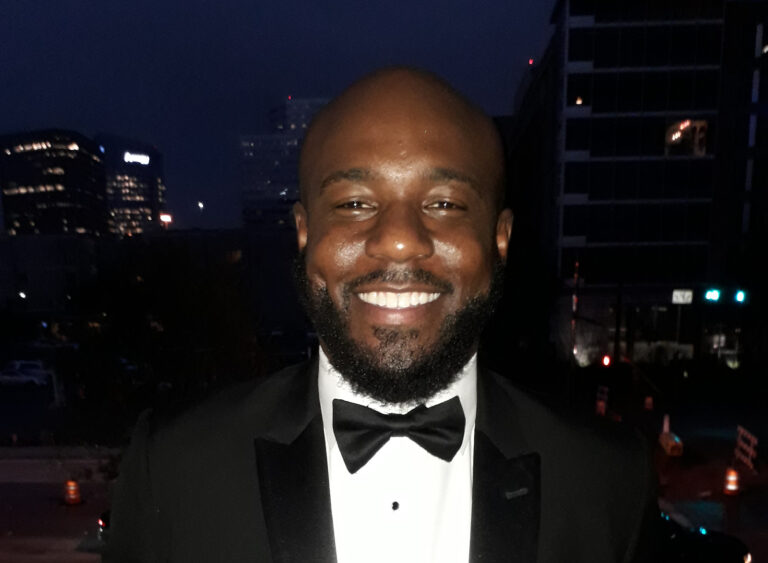 Kelsy Horton is the Finance and Operations  Director at Hip Hop Caucus (HHC). An experienced financier, he brings years of finance and operations experience with large NGOs to HHC. 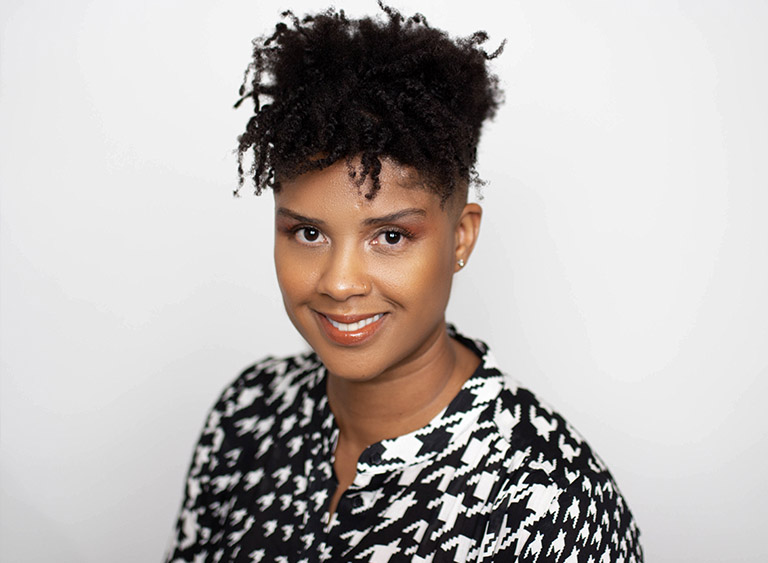 Candice is the Director of Production of Hip Hop Caucus. She is an award winning producer and entrepreneur. She leads both virtual and physical production at HHC. She has worked in the entertainment industry for over two decades shepherding all aspects of multi-platform content from conception to completion. 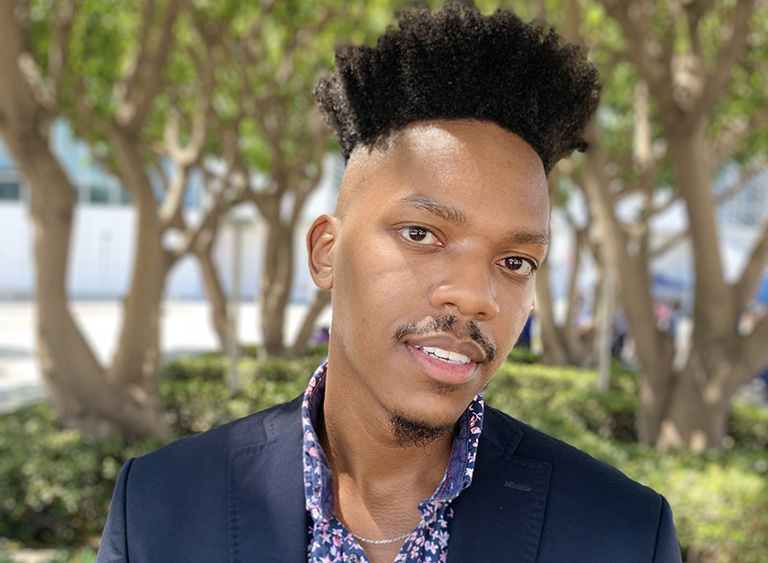 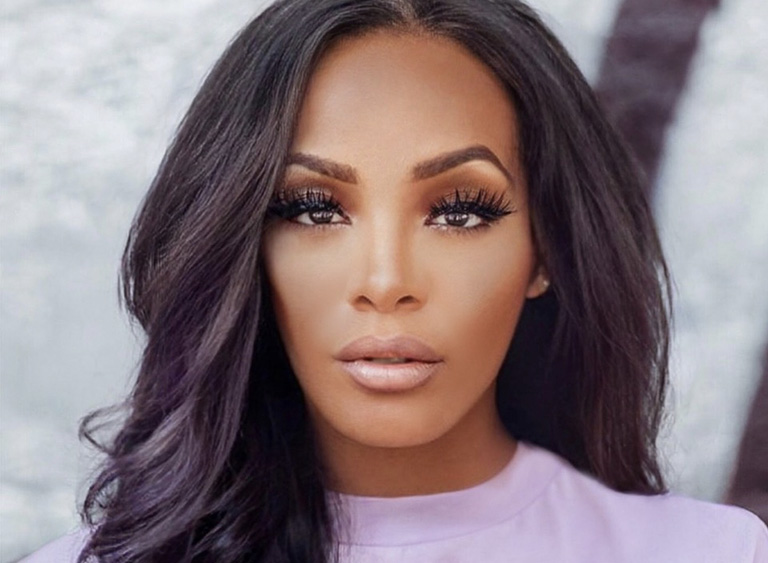 DAWN RICHARD has been one of music’s most distinctive voices and songwriters since 2004, as a member of Danity Kane and then Diddy-Dirty Money, releasing the cult R&B classic Last Train to Paris. However, it’s as a solo artist that she’s really soared. 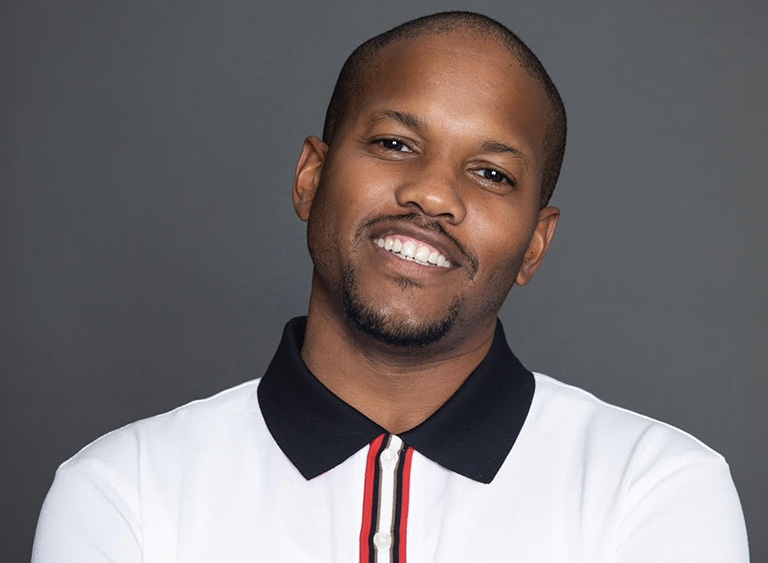 Calvin is the Cultural Ambassadors Field Director of Hip Hop Caucus, driving the organization’s engagement strategy of cultural leaders at the national and regional level. He has garnered over 14 years of experience in cultivating organic relationships and an expansive network within the music, media and entertainment industry. 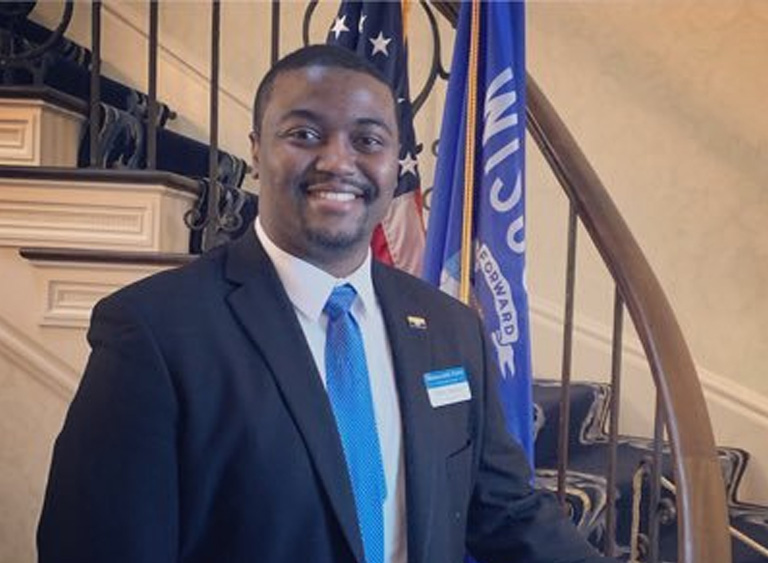 Chris Walton is the Public Policy Director for Hip Hop Caucus. Chris has over a decade of experience ranging from local, state, and federal election campaigns. He has gained extensive knowledge on foreign affairs having liaised with several diplomatic corps in his capacity as Chair of the Democratic Party of Milwaukee County. 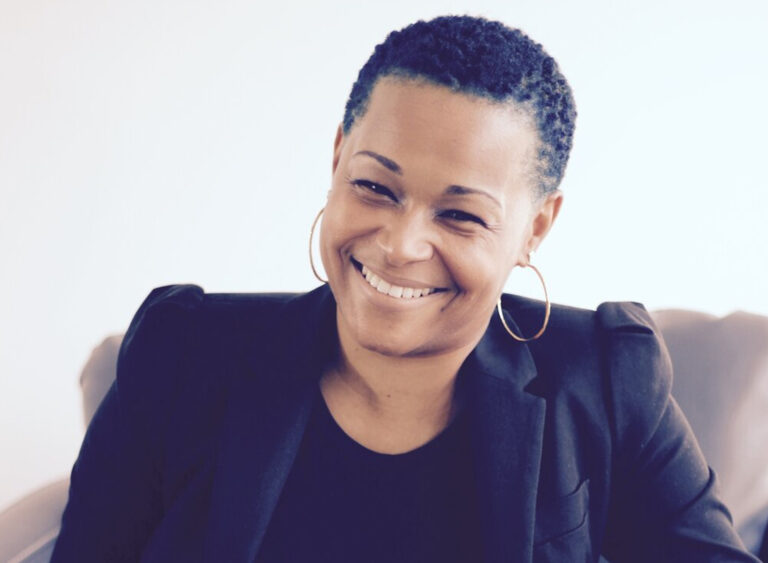 Brandi “Bea” Williams serves as the Organizing Director for the Hip Hop Caucus. She is an award-winning and Accredited public relations professional turned broker for change who uses her diverse public relations background to negotiate opportunities, equity and liberation for Black people. 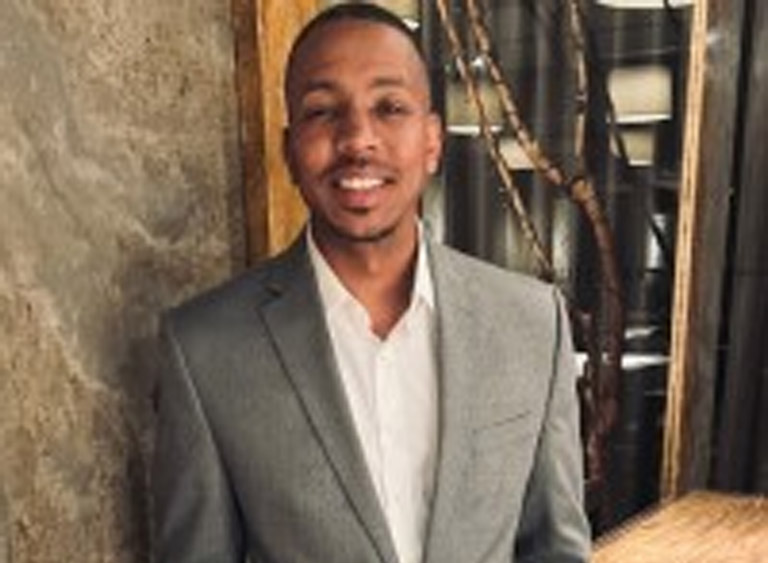 Producer of The Coolest Show & #ClimateFriday

DeJuan Cross is an American record producer, audio engineer, songwriter, arranger, and DJ. He has amassed platinum and gold selling records, millions in streams, billboard #1 chart placement, and film & television credits, while working with top talent in the entertainment industry. Cross is a US Navy veteran with certifications in System Administration and Information Security. He is Producer of “The Coolest Show” podcast and #ClimateFriday radio show, both presented by Hip Hop Caucus’ Think 100%. 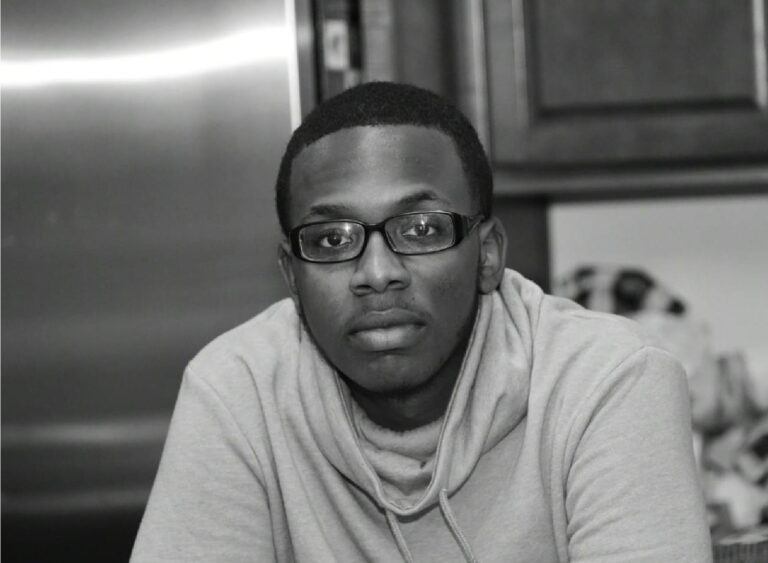 Brandon Edwards is the Social Media Manager of the Hip Hop Caucus. His passion for digital organizing, strategy, and content has led him to expand email and social audiences for high-profile clients and be at the forefront of issues that matter the most but are talked about the least. 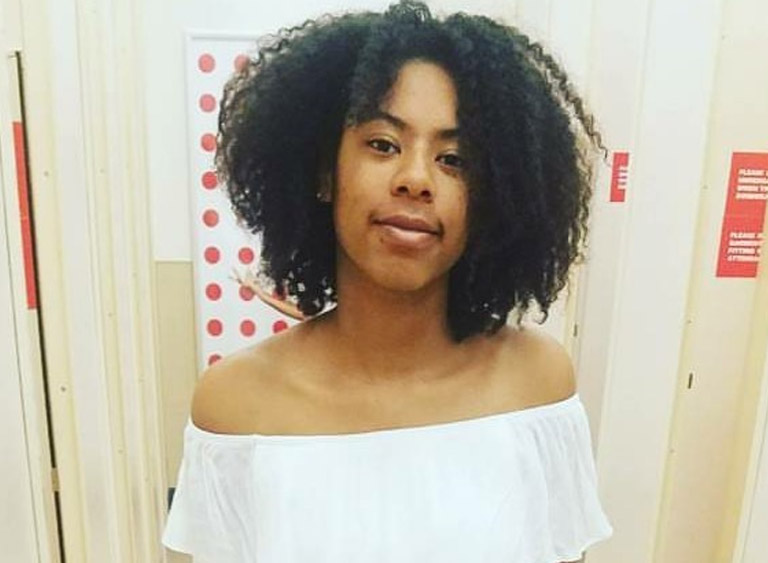 Malikah French is the Development Associate at the Hip Hop Caucus, a passionate learner, and a mentor for underserved youth. She has worked in education for the last ten years, advocating for access to information, curriculum modification, and systemic scholar-centered revitalization. 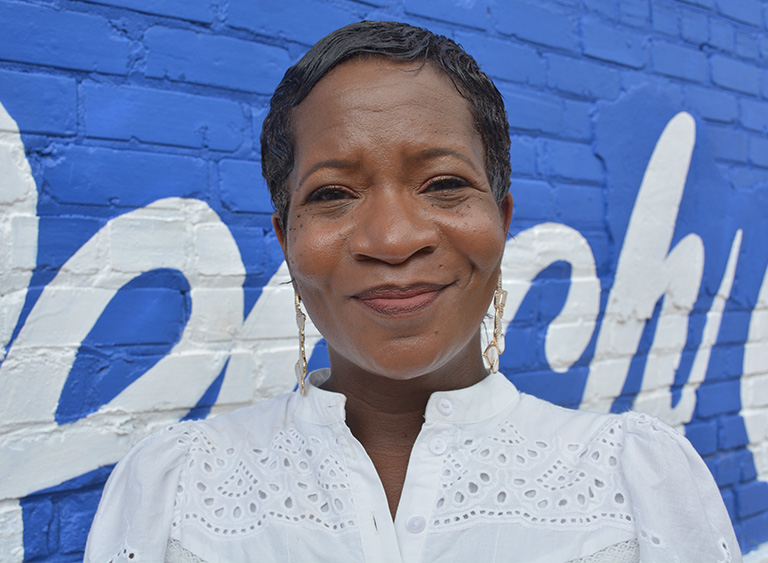 Marsha N. Gosier is the Good Trouble Campaigner for Hip Hop Caucus. Born in East Point, GA who proudly hails from Fort Valley, Ga., Marsha is a whole lot of country and a little bit of rock and roll. She pays homage to her parents for grooming her for “this work” and planting an unbossed and upbrought seed of Black Excellence within her. 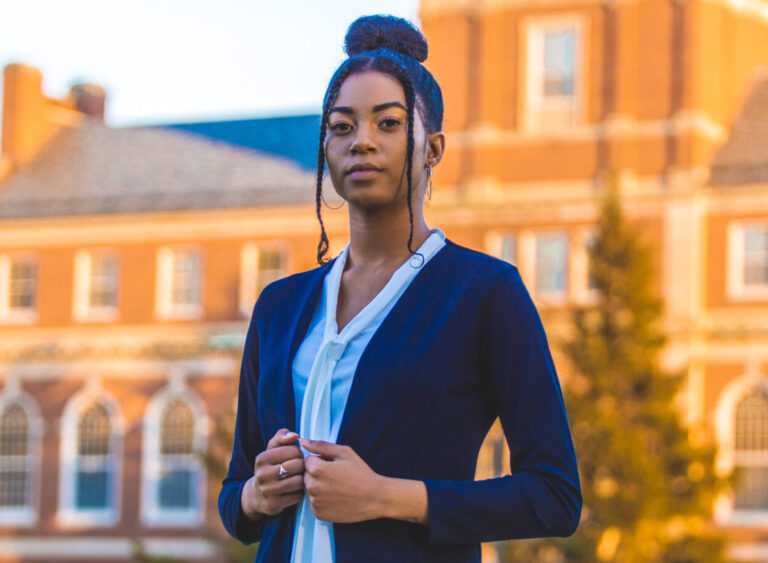 Destiny Hodges is a junior School of Communications Interdisciplinary major at Howard University from Birmingham, Alabama. Her mission is to educate and uplift the stories of marginalized communities–specifically the Black community — impacted by issues of environmental justice by using media as a form of narrative organizing. 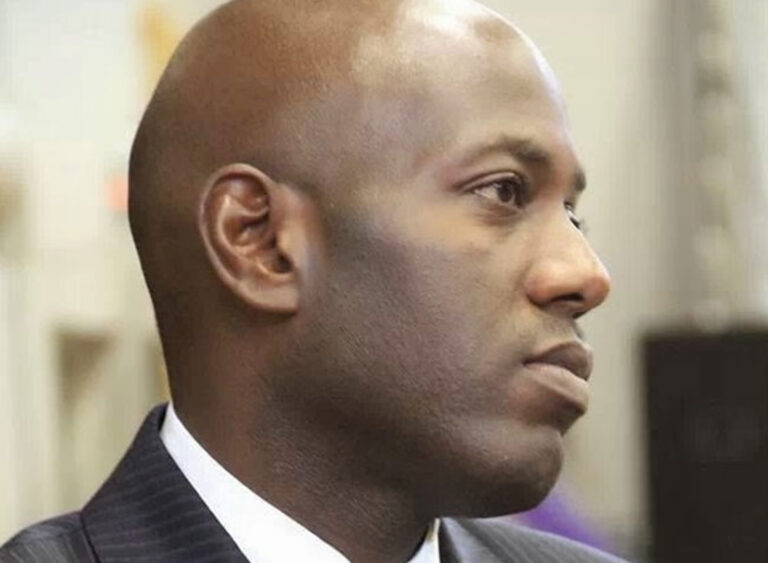 Terence “TC” Muhammad has been a community activist and organizer for over two decades. His experience spans voter mobilization campaigns, issue advocacy, and coalition building in African American communities, faith communities, on college campuses, and among civil rights and progressive organizations. 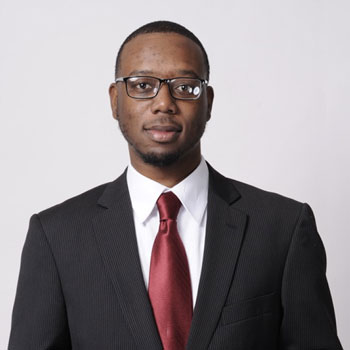 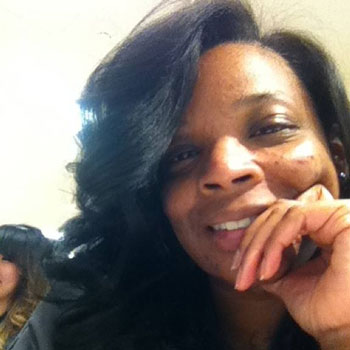 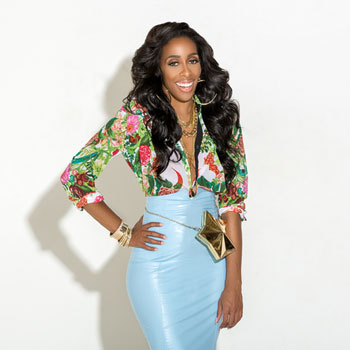 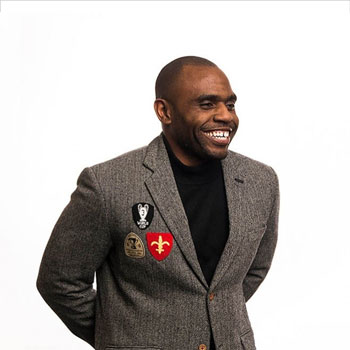 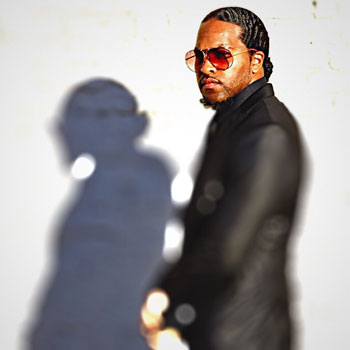 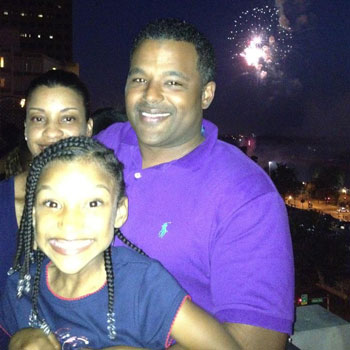 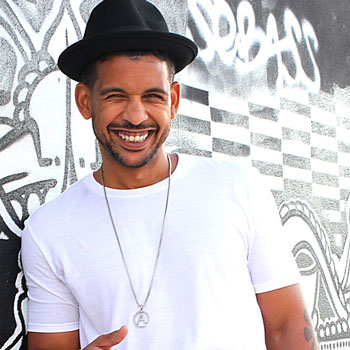 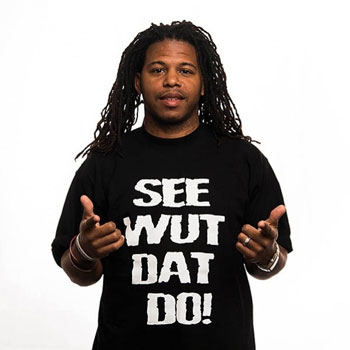 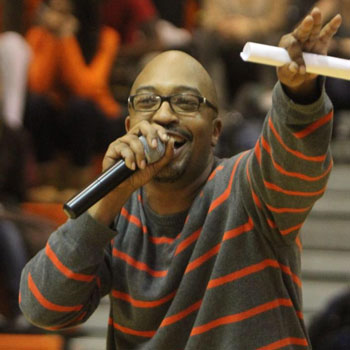